Hypermobility in the Lower Body - Pictures

Below you will find pictures that demonstrate Hypermobility in the lower body, mainly the legs, and in posture. The red lines represent the proper/correct/natural alignment the body should have - in other words, the red line should intersect three joints, for example, the ankle, knee, and hip. On the left hand side you will see an example of correct alignment, as would be found with a non-Hypermobile person. On the right you will see an example of improper alignment, as would be found in a Hypermobile person. You can see that on the right hand side, the red line only intersects two joints, namely the ankle and hip. This occurs because the third joint, mainly the knee, is being extended past its intended range of motion (past 180 degrees).

There are two main explanations for this phenomenon. First, the body of a Hypermobile person is different from that of non-Hypermobile people because their connective tissues have a different genetic makeup, which allows joints to have a greater range of motion, extending further than they are intended to do. In other words, the first explanation is a genetic one. The second reason is a bit more subtle, and it has to do with the way in which the brain perceives the physical body. Humans have a sense called proprioception, which is the perception of one's physical body in space. This sense allows us to navigate through 3D space accurately, knowing instinctively where each point of our body is at any given moment. For example, if you were to ask your friend to close their eyes, and then moved their hand to the left 4 inches, your friend would know exactly where their arm was without opening their eyes (even if they can't tell you 4 inches, that is irrelevant - the brain knows where the arm is). If you were to do this to a Hypermobile person, you would have less accurate results; this is because, for whatever reason, people with Hypermobility have an impaired or diminished sense of proprioception. This causes them to be more clumsy, accident prone, and/or uncoordinated. For example, it is common for a Hypermobile person to run into the corner of a coffee table with their knee, despite the fact that they walk past that exact same coffee table in the exact same position every day. For a non-Hypermobile person with perfect proprioception, the brain has a correct vision of space and location, allowing them to navigate around the coffee table without having to think about it. That is another important point about proprioception, it is not an active sense like vision or taste, but an inactive or instinctual sense - you don't have to think about proprioception, or 'turn it on,' your body just does it. Therefore, the hypermobile person is not aware of thier incorrect posture or the overextension of thier joints - that is just how thier body naturally functions. In other words, the brains of both the Hypermobile and non-Hypermobile person, think they are standing in the same position and in the same alignment; it is the Hypermobile person's impaired sense of proprioception coupled with thier innate flexibility that leads to the marked difference between the two. 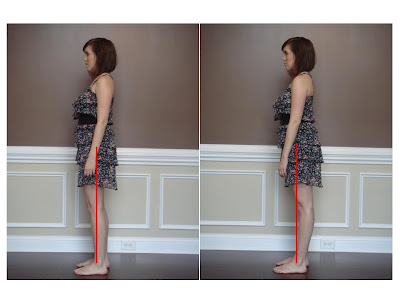 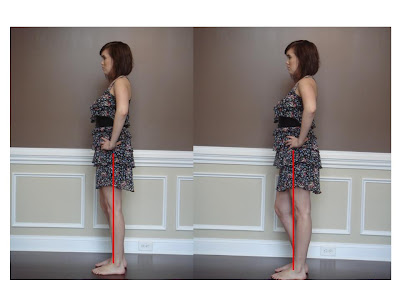 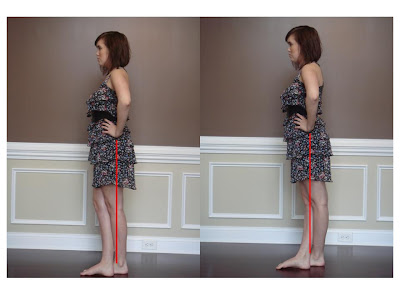 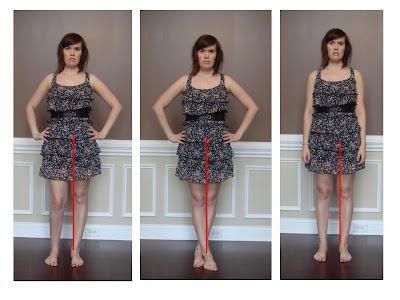 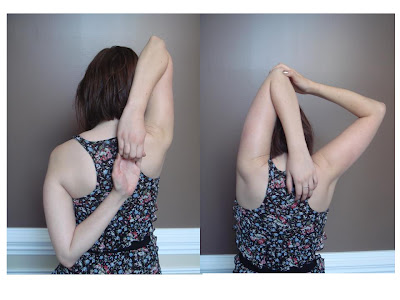 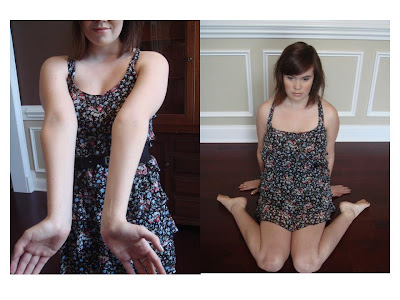